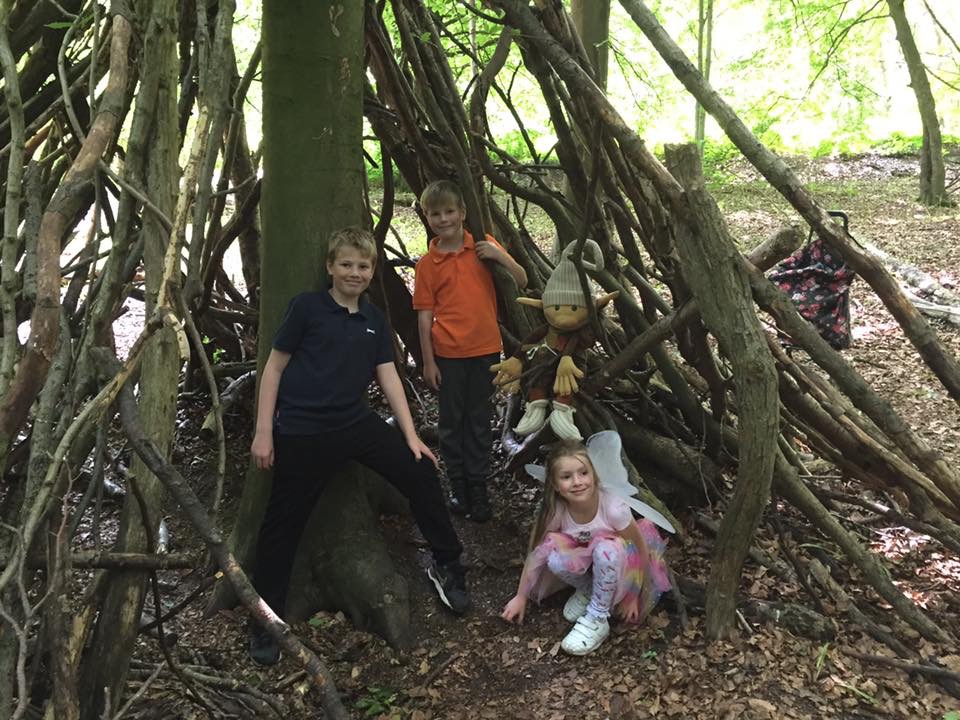 We now have 4 woodland elves that visit us. They don’t always appear together. They have been known to visit other family member’s houses, follow us on holiday or appear during a day out.  They are usually around for Halloween and Autumn festivities but they can surprise us at any time of year.

The first elf we met is Onion. One day back in 2016 we were taking a walk in Bandstead Woods and looking out for signs of fairies. The children went into a little den and stumbled upon Onion. We carefully picked him up without touching him (some elves lose their magic when handled by humans) and brought him home. We found a letter in his bag from the King Elf giving him permission to find a family to visit to learn more about humans. We were honoured he had chosen to reveal himself to us.

That Halloween, Onion returned to visit us and helped create a magical week.  Whilst we were out at a local Halloween event Onion’s sister Sage arrived to join him, when we got home we found her in the kitchen baking Halloween biscuits.


The following year Sage and Onion went AWOL.  We received a post card from them but they didn’t visit us at all that year.  Instead, just before October half term we discovered another young woodland elf hiding in the tree at my parent’s house.  He was a cousin of Sage and Onion called Acorn.  He stayed with us for the whole Halloween season.

Finally we met Chestnut who fell out of a tree and landed at our feet during a walk in the Alice Holt Forest last year.

We are looking forward to seeing which of them arrive for half term this year.